Get fresh music recommendations delivered to your inbox every Friday.
We've updated our Terms of Use. You can review the changes here.

Cry Till You Laugh 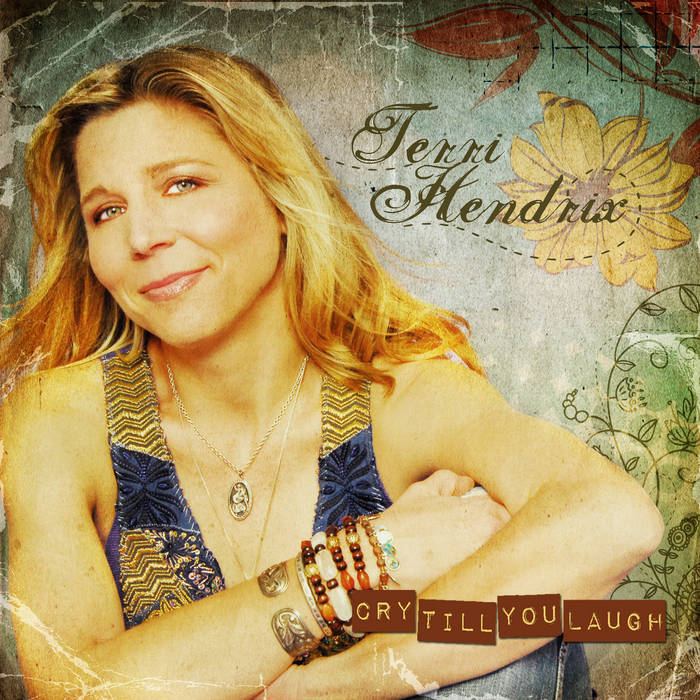 Hendrix conducts some self-exploration in song

When Terri began work on this recording last autumn she intended cutting a jazz collection, composed of covers and Hendrix-penned originals, with the working title TERRITOWN. Time passed, change occurred and here we have the musically diverse fifteen-selection CRY TILL YOU LAUGH produced by long time musical partner Lloyd Maines. While there’s a few jazz touches, more of which later, in terms of delivery this effervescent and harmony-rich song collection is totally Terri Hendrix.

A while back fellow San Marcos, (Texas) based musician Adam Carroll loaned Terri a book of Dorothy Parker poems. Much attracted to the short works Wail and Theory, she merged most of the former and all of the latter into album opener Wail Theory. Interlaced with short bluesy harmonica bursts (I guess they could be wails), Terri delivers Parker’s words a cappella. The uptempo Slow Down — for openers, there’s a contradiciton in terms — is the first of this album’s five Maines writing collaborations. Two decades ago Kerrville New Folk Song Contest winner Mike Sumler composed Automatic. Propelled by jazzy shuffle, it delivers commentary on the “automatic, democratic, chromatic, acrobatics of the blues.” You know, music written and played by real musicians!

The fourth selection, Hand Me Down Blues, penned by Hendrix, is reflected by the later, shorter, almost Eastern sounding Hand Me Down Blues Reprise. Lloyd plays dulcimer on the latter and shares the writing credit. The album title, albeit paraphrased, turns up in the highly personal Einstein’s Brain lyric. Therein Hendrix reflects on a recurring health issue with fortitude and her infectious smile. A live version of Ike Eichenberg’s You Belong in New Orleans surfaced on LIVE IN SAN MARCOS (2001) while CRY TILL YOU LAUGH album closer Take Me Places, co-written by Ike and Amy Hall, appeared on TERRI HENDRIX LIVE (1999). Here, on both tunes, Hendrix indulges in some high-energy scat singing.

Sometimes, co-penned with Maines, is a beautiful smooth jazz ballad that follows and neatly balances the energetic New Orleans. The thoughtful Berlin Wall explores the obstacles that life thrusts in our path. Whether many miles apart or simply close by, 1000 Times urges constant contact with loved ones be they blood relations, lovers or simply acquaintances. While fulfilling a musical engagement on the Virgin Islands, Hendrix/Maines met a patron of a local watering hole who was adept with a hula hoop, hence the fun-filled Hula Mary. As for this collection’s musical gem, that very well might be the optimistic Come Tomorrow. As I mentioned earlier, CRY TILL YOU LAUGH is quite simply a 100% Terri Hendrix tour de force. — AW

Terri Hendrix is an award-winning Texas songwriter who spins sorrow into joy and wrings wisdom from the blues with a poetic grace, warmth and uplifting melodic flair that has long been her trademark. A classically trained vocalist and multi-instrumentalist, Hendrix dodges musical pigeonholes by weaving folk, pop, country, blues and jazz into an eclectic style all her own. ... more

Bandcamp Daily  your guide to the world of Bandcamp

Semiratruth joins the show to discuss their latest release, "loading..".